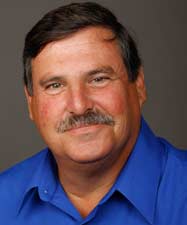 Jim is a Certified Fire Investigator through the International Association of Arson Investigators (IAAI). He is also a Certified Fire Inspector through the State of Michigan. Jim retired from the City of Monroe Fire Department in 2008 after serving 28 years. His last position was that of Fire Marshal. Jim also led the Monroe County Fire Investigation Team since it began in 2001. He has conducted and overseen hundreds of fire investigations throughout his career. Jim has had extensive training in fire and explosion investigation through the Michigan State Police, the Bureau of Alcohol, Tobacco and Firearms, The National Fire Academy and the IAAI. He has taught classes on fire investigation for the Michigan State Police, the Monroe County Fire Association, the Michigan Chapter of IAAI and Monroe County Community College. Jim is a court qualified expert witness in fire origin and cause. He has testified in both District and Circuit Courts on multiple occasions. Jim also served in the United States Navy and holds a degree from Monroe County Community College.